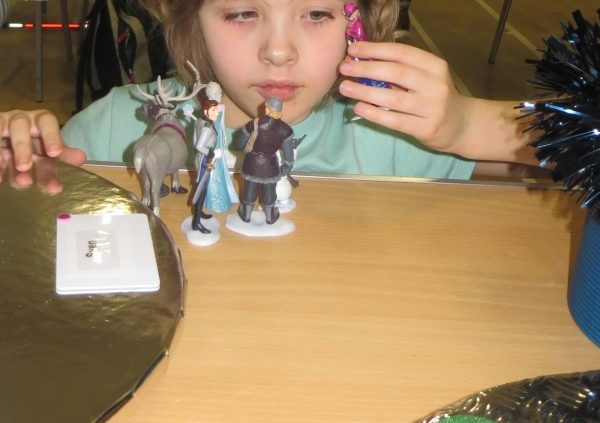 Laura Hughes is the founder and General Manager of Moorvision – a charity which caters for anyone in or around Devon, Plymouth and Torbay caring for a child or young person with a visual impairment or other recognised eye condition. It is also open to visually impaired parents of either visually impaired or fully sighted children. The idea for Moorvision began in 2006 when Laura’s daughter, then aged 7, told her she had never met ‘another child with poorly eyes.’ Laura realised that many children with VI, their parents and carers were in the same position and she wanted to create a group to alleviate the isolation felt by many. Since then the organisation has gone from strength to strength and now caters for 126 families in the region.
The group is also run by a voluntary committee and organises family days out, residential trips and meetings. Moorvision also produces regular newsletters, shares resources for parents and carers and provides an advocacy service for parents fighting to get the necessary help for their children. Laura – who also works part time for RNIB – first became aware of Positive Eye on social media, and has worked with Director Gwyneth McCormack ever since, sharing information and promoting Positive Eye resources throughout her network, with great results.
She says, “Any parent or carer of a child with VI faces problems, because they are such a small group. They are a minority in the sight loss world (with most sufferers of VI being over 65) and also in the childhood disability world, as VI is in the bottom three categories of special needs. As a result, educational provision for children with VI can be hit and miss. There has been a trend in recent years away from special schools and towards including children with special needs in mainstream education, and while there are positive aspects to this, it is very rare for a mainstream school to have a VI unit and as a result children can underachieve. As parents, we will not sit back and see our children left behind. If the provision is not available in schools, then parents need to work with their children at home to enhance their abilities to learn. Positive Eye helps us to fill that gap.”

After discovering Positive Eye, Laura asked Gwyn to travel to Devon to deliver a programme for Moorvision families, and she was overwhelmed by the response.

“Gwyn delivered the most amazing day for the families,” she recalls. “The programme was called Love Learning and it was an apt title, certainly proving true for the 40 plus members who attended. The majority of parents brought their children and Gwyn really listened and tailored the day to everybody’s needs. The techniques used by Positive Eye are so clear and engaging – the parents got great benefits from the session, which provided a real boost in helping them support their child’s education. I have never seen children so engaged about learning.Gwyn brought a variety of resources designed to appeal to all ages and both genders, and the children in the sessions were soon gathered around the table while she was talking, keen to touch and hold the products. The Positive Eye approach also includes siblings so that the whole family can join in, so not only are the children’s learning outcomes improved, it brings the family together in the process and everybody benefits.”
“The games devised by Positive Eye are also attractive to siblings without special needs, helping them with their learning as well. The products are so well designed that they can also help with educational outcomes for everybody, and this was brilliant for us, as 30% of our group have additional needs, which the Positive Eye resources can also cater to. Positive Eye provides fun, varied and engaging strategies to enhance a child’s learning at home or in an educational setting, whatever their ability, with no end of amazing ideas and something to capture everyone’s imagination. I cannot recommend the resources, or Gwyn herself, more highly.”