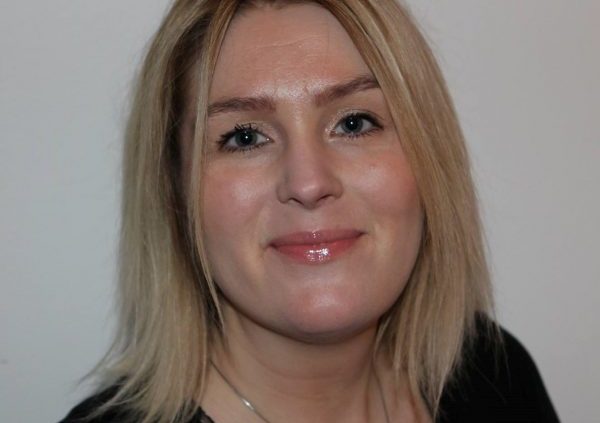 Elfa Hermannsdottir, Manager and team leader of teachers of vision impairment, National Institute for the Blind, Visually Impaired and Deafblind, Iceland
The Institute serves people of all ages from birth upwards and has around 1,500 clients nationwide, including 150 children. Elfa began working with Positive Eye after she attended the PG Dip. program at the Birmingham University in 2009, and asked if they could recommend a practitioner to travel to Iceland and review the country’s VI services. Gwyneth McCormack, Positive Eye Director, visited the country in August 2009 to help the Institute develop its strategic and professional approach, and her collaborative and empathetic style of working made her an immediate success. Elfa says, “Gwyn is brilliant – it would have been easy for her to come in and tell us what to do, but she doesn’t – she listens to the client and helps you to grow in the way that is best for you. When she left we all felt very happy and confident in what we were doing.”

Since then Gwyn has been back to Iceland many times. She has delivered a course for teachers in a mainstream setting and has worked with Elfa on a European funded project to help produce a course for trainers on how to foster self-esteem in people with a multi-disability visual impairment. Currently, they are collaborating on another European project on the development of materials to help professionals to understand and work with children and students with Cerebral Visual Impairment (CVI). This is a condition where some of the visual areas of the brain and its connections are damaged. Those that are affected may suffer from visual impairment even though the eyes function normally. People with CVI may have normal vision but cannot ‘make sense’ of what they see, and the condition is often associated with additional disabilities.

Elfa says, “The population in VI is changing, and increasingly we are seeing people with not just visual issues but additional complications. As the field develops it is important that we as service providers keep learning and adapting in order to be able to cope. We have used the VI resources from Positive Eye for many years and are able to adapt them to fit our own services, which in Iceland are based more around counselling and coaching. “In Iceland, as in other Nordic countries, services are increasingly being merged into one service, and cases of CVI with additional disabilities are becoming more common. What is great about the Positive Eye resources is that the strategies they employ can be used for many different special needs.

Resources originally developed for VI can, with adaptation, be useful in many other areas, including autism, as the schema is applicable across different education fields, so I am really happy that Positive Eye is moving into this field. I believe Gwyn could walk into any special or mainstream school and successfully deliver a course, helping teachers to find a great way to support children whatever their needs.

Additionally, the material in Positive Eye products such as the Positive Looking folder, is clear and well structured, taking teachers through the learning process step by step and making it easy to support people individually and measure progress. There is great potential to use the Positive Eye method in a variety of areas, as the reason it works so well is that it is child centred, and concentrates on the whole person.”