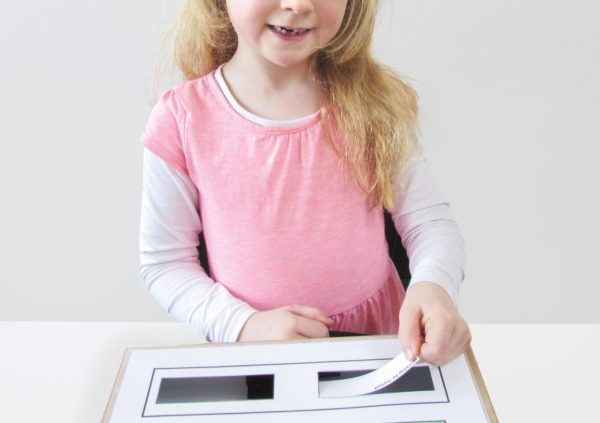 I thought you might like to know that we’ve been using the Easy-Easier posting box with a range of children from Primary right through to Secondary age. I just had an Inspection in a school I work in with two children who have visual impairments and the Inspectors really liked the children setting their own targets and identifying their strengths as well as areas for development in a positive way! They also commented that the clear way of showing progress was encouraging for children. I don’t know whether the Inspection report itself will specifically note these points, but it was good to hear it from them on my Interview day!

I’ve attached some of the speech bubbles which the children had made up to comment on how they felt about using the Easy-Easier posting box. I blanked out the child’s name on a couple of them. The typed ones are by a child who cannot handwrite and who also has other needs in addition to her VI. If I could only send you photos of her working with the post box it would make you smile! She loves it! We’re planning to make up a Clicker Book to show how the post box works and she can record her own voice on that too which should be fun!

The PowerPoint work came from using the Easy-Easier box and the result was much more than sharing information about the new technology and skills developed. As the young person worked with her peers she was able to help them to understand more about her VI. When she presented her PowerPoint to the class, everyone was really amazed at the confidence she showed which had previously been really lacking. The Inspectors also saw the PowerPoint and were impressed by it so that was lovely. Sorry that I can’t share the presentation with you as it has photos of the children in it.